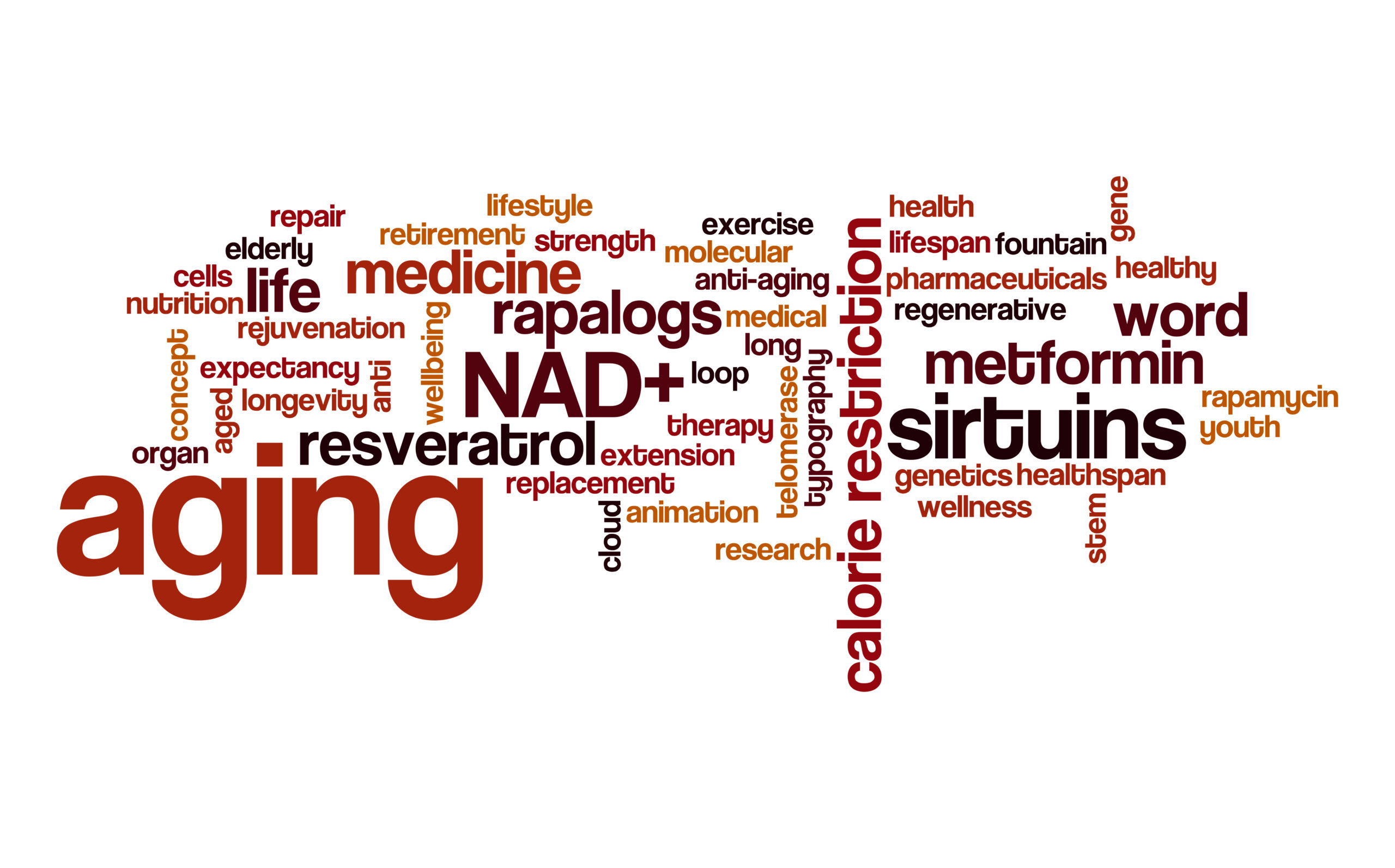 Life expectancy has increased dramatically over the past century, with more of the population over the age of 65 than under 5 years of age. While people are living longer, not all the years gained are healthy. The leading causes of death around the world are dominated by chronic, non-communicable diseases, with more than 72% of deaths in the USA in 2016 falling into this category. As a consequence, a substantial portion of these gained years are spent with co-morbidities including cognitive decline, diseases of the cardiovascular system, kidney disease, and diabetes but there are actions we can take so that we limit poor health and stay fit and healthy for longer1.

One thing that many of these co-morbidities have in common is that elevated blood glucose levels are a known risk factor for them. Post-prandial excursions are a well-established risk factor for microvascular and macrovascular complications2, 3. In the developed world, diabetes is the leading cause of chronic kidney disease and blindness, it is one of the leading causes of disability (diabetic foot), and diabetics are twice as likely to have heart disease or a stroke4-8. Surprisingly, these risks are elevated even outside of the diabetic glucose ranges. The risk for retinopathy increases substantially across prediabetic blood glucose levels9, and postprandial glucose spikes increase the risk of cardiovascular death, even within normal blood glucose ranges10. This startling reality emphasizes the importance of proactively maintaining good health, both from a public health policy perspective as well as on the personal level.

Our bodies generate energy via different pathways and when there are high levels of glucose available, our bodies convert the glucose into energy through glycolysis in the cytoplasm, which involves the conversion of NAD to NADH. As this is an efficient energy production mechanism, it is favoured whenever glucose is available. This pathway depletes the NAD pool, resulting in an inability to activate sirtuins or PARP.

When calories are restricted, especially glucose calories, our bodies generate energy in the mitochondria, and the reverse redox reaction takes place: NAD is produced from NADH, shifting the balance to excess NAD, allowing our repair processes to be activated. Decreasing glucose calorie intake directly favors energy production through secondary pathways, and preserves the NAD pool of the body, allowing it to maintain its efficient DNA-repair and protection mechanisms.

Our NAD levels are also known to decline with age, and this deterioration of NAD metabolism is associated with age-related diseases12. Limiting our glucose intake is an efficient strategy to preserve our NAD levels, helping to maintain our endogenous cellular repair and protection mechanisms.

Historically, it has been difficult to model and demonstrate the benefits of various treatments of life extension and healthy ageing due to the endpoint (extension of life). One of the most robust testing regimes is run by the US National Institute of Aging, under the auspices of the National Institutes of Health. The so called ‘Intervention Testing Program’ (ITP) evaluates drugs, foods, nutraceuticals, diets etc., for their ability to extend lifespan in mice. The program is run at three satellite sites and is powered to significantly detect a 10% increase in lifespan. In the 18-years that the program has been running, only seven compounds have been shown to significantly increase life span, and interestingly, two of the seven are pharmaceuticals that work by lowering post-prandial glucose spikes.

The first compound is acarbose, which works by inhibiting the digestive enzymes that break down carbohydrates to glucose, to allow absorption. By preventing the digestion of carbohydrates in the diet, the post-prandial glucose response is blunted. In the ITP test evaluating acarbose, it was shown to increase lifespan by 22% in male mice when treatment started at 4 months (5% extension in females), and by 6% in males when treatment start in older mice (16-months)13, 14. In the study it was shown that acarbose increased insulin sensitivity13 as well as shifting the microbiome make up (presumably by the undigested carbohydrates acting as a prebiotic) as well as increasing levels of acetate and butyrate, two short-chain fatty acids with known health benefits15. Interestingly, acetate is not only an important intermediate in mitochondrial energy production, but it is a substrate for sirtuins and it is thought that acetate metabolism plays an underappreciated role in ageing. Acetate production and utilization is induced during fasting and it is thought that calorie restriction is likely to be associated with an increase in acetate flux16.

The second compound is canagliflozin, a drug that also lowers postprandial glucose, but rather than inhibiting the digestive enzymes, it prevents glucose reuptake from the kidneys (SGLT-2 inhibitor) as well as preventing glucose absorption from the gut (SGLT-1 inhibitor). In the ITP test, when treatment started at seven months of age, there was a 14% increase in male mice lifespan (no change in females)17. Tests are underway evaluating the effects when started later in life.

When looking at the effects of these compounds in mice, whilst there were increases in glucose tolerance and lowered fasting glucose levels, there was no change in the HbA1c (a three-month average indicator of blood glucose levels), suggesting that the benefit is due to lowering glucose spikes rather than lowering average glucose levels (glucose spikes are the only difference between the blood glucose profiles between test and control groups). The causes of death between test and control groups were equivalent, showing that lowering the glucose spikes led to a delay in morbidities of ageing and that not only were the animals living longer, but the extra time they had was spent in a healthy state17.

The results of the first life-extension studies in humans are now available. In the so called CALERIE™ trials, moderate calorie restriction over two years induced improvements in age-related biomarkers that show strong correlation with the findings from acarbose and canagliflozin in the ITP studies, suggesting that the benefits of these drugs would be similar in humans.

Even though the CALERIE™ studies showed that calorie restriction improves age-related biomarkers18, it is likely that outside of a clinical trial setting, compliance would be low, and the

significant life-style change of following a calorie restricted diet and eating less food than you want to for the rest of your life would be difficult to maintain. Similarly, acarbose and canagliflozin are pharmaceutical drugs that require a doctor’s prescription and have known intolerances and the risk of adverse events. They are therefore not compatible with a large-scale prevention strategy. A dietary intervention that could be easily included in one’s routine that delivered the same benefits, could be of tremendous value to those looking to live healthy, longer.

Reducose® is a proprietary mulberry leaf extract that acts as a carbohydrate calorie restriction mimetic. Just like acarbose and canagliflozin, it blunts the postprandial glucose rises. Reducose® inhibits the digestive enzymes so that some of the carbohydrates in the diet can’t be digested. Across numerous clinical studies on Reducose®, this has been shown to result in a reduction of postprandial glucose and insulin response of around 40%19. The undigested carbohydrates stimulate a cascade of health benefits, and published studies with Reducose® have shown that it increases insulin sensitivity in a diabetic mouse model.

A recently completed human clinical trial on Reducose® has also shown that the undigested carbohydrates go on to feed the microbiome (results pending publication), and so it is expected that there would be similar shifts in the microbiome and increased levels of beneficial short-chain fatty acids. By lowering the amount of glucose that enters the body, it is anticipated that there would also be a shift of the NAD:NADH ratio, making available NAD for activation of the sirtuin and PARP pathways. This enables the body to maintain healthy and efficient repair mechanisms, increasing our chances to live longer in good health. These benefits are delivered in a small serving (250mg), making Reducose® an ideal cornerstone ingredient for longevity and healthy ageing products.

9. Report of the Expert Committee on the Diagnosis and Classification of Diabetes Mellitus. Diabetes Care.26:s5-s20.